To say that bronze played an important role in history would be an understatement. Historians, after all, named an entire epoch after it–and for good reason. Renowned for its corrosion resistance, ability to withstand high temperatures, and exceptional performance against friction, it’s no wonder that bronze remains as useful and versatile as ever. 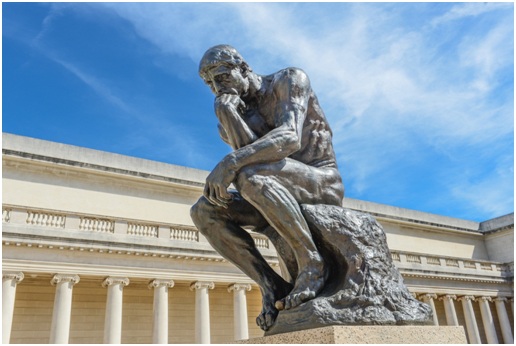 However, some people might be surprised to know that bronze is not just a popular industrial metal, but a favorite among artists, too. Indeed, the very same qualities that make it ideal for use in architecture and electronics make it perfect for sculpture as well. Leading bronze bars suppliers list down some of the most famous bronze sculptures in history:

While the version displayed in the Museo Nazionale Romano is made of marble, it is actually a replica of the bronze original which, unfortunately, has been lost to history. Nonetheless, this remarkable statue, which captures a Greek athlete in the act of throwing a discus, was created by the artist Myron around 450 B.C. and showcases his mastery of depicting human anatomy in motion.

This iconic statue by French Sculptor August Rodin depicts a pensive-looking man with his chin resting in his hands. What exactly “The Thinker” is contemplating remains a mystery and perhaps adds to the  public’s fascination with it. Originally intended to be part of a series that depicted Dante’s The Divine Comedy, the piece eventually took on a more abstract aesthetic. The original statue is currently on display at the Musee Rodin in Paris.

If you’ve read the book Midnight in the Garden of Good and Evil by John Berendt, then you’ve probably seen this sculpture on the front cover. Created by Sylvia Shaw Judson in 1936, this piece depicts a young girl wearing a plain dress, with her elbows propped to her sides while holding two bird feeders. Looking at the 50-inch statue, one can’t help but feel a sense of melancholy or contemplativeness.

Who hasn’t heard of the fairy tale about a mermaid who wished to be human to be with the man she loved? Fortunately for fans of Hans Christian Andersen, a bronze statue of the eponymous mermaid can be found in Copenhagen. The lifelike 4.1 feet statue sits on a rock in the harbor, looking longingly towards land.

As you can see, bronze serves as a wonderful medium with which to capture visionary ideas. Of course, a great artist can only create a masterpiece if he uses great materials, hence the importance of using high quality bronze sheet metal from trusted suppliers.

10 Most Famous Statues In The World, 10mosttoday.com