Man’s obsession with alloys began after the discovery of bronze some 5,000 years ago. It sparked a curiosity that would soon fuel humanity’s transition to a more advanced civilization. Somehow, bronze’s discovery paved the way for industrial revolution where we owe most of the technologies that make up the modern world. 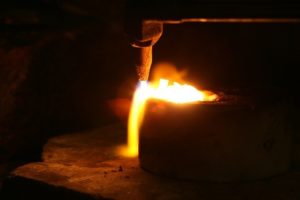 If not for bronze, we wouldn’t have known that metals can be combined with other metals, and sometimes non-metals, to form a variety of useful materials. Maybe we’re still living in caves or wooden hats, satisfied with our gold and copper furniture and tools, and oblivious of the limitless possibilities in metallurgy. As popular as it may seem, though, bronze actually quite an elusive metal. Very few are fully aware of its true nature and properties. Here are some facts about bronze that you should know before you use it for any small- or large-scale applications.

How to Distinguish Bronze from Copper and Brass

Bronze is made of copper and tin. The ratio between these primary contents ranges from 55%:45% to 95%:5%, copper being always the base material. Beyond this range, the resulting alloy may no longer be useful for any practical, large-scale applications. Sometimes, other metals and non-metals such as aluminum, manganese, arsenic, phosphorus, and silicon are added to make bronze stronger, durable, and more resistant to corrosion.

It’s important to note that bronze is just one of the many alloys of copper. This way you can easily distinguish it from pure copper. After all, copper’s color and shade are almost similar to certain versions of bronze, although generally copper has a reddish brown tint while bronze looks paler and darker. Bronze is also tougher and less malleable than copper, because it already has other components, which are initially harder to work than copper.

There’s another copper-based alloy that can rival bronze not just in popularity but also in value. This metal called brass is an alloy of copper and zinc. Brass isn’t ideally a rival of bronze because, judging from its composition, it possesses a different set of properties that are useful for applications where bronze isn’t suitable. You can distinguish brass from bronze by its golden yellow or reddish gold color. It is also more malleable and yet can be harder than steel depending on its composition.

Each metal alloy is prized for its useful properties. In fact, a metal’s value is often measured by its usefulness in different applications and scarcity in supply. The reason bronze and other copper alloys are more expensive than steel and other common metals is that copper is harder to find and process and it possesses a great deal of useful properties not found in other metals. Here are some of the best characteristics of bronze.

A metal is considered ductile if it can be drawn into small wires without breaking. The smaller the diameter of the wire you create, the higher its ductility. As it turns out, you can make really small wires out of bronze. The most common example of bronze wires are the ones found in generators.

Low Friction Against Other Metals.

Most metals are too hard to rub or slide against each other due to the friction their surfaces creates. Bronze, however, has a unique ability to slide smoothly without resistance no matter how hard you press it against another surface. This makes bronze perfect for machine parts, such as bearing and sprockets.

When transforming from hot, liquid state to cool, solid state, bronze exhibits a unique ability to expand slightly through its surface, making it very easy to carve. This is why sculptors prefer bronze to other metals.

Because bronze displays low friction when rubbed against other metals, it also doesn’t generate sparks, which makes it perfect for applications that involve risk of fire.

Water or moisture is the kryptonite of most metals, particularly of ferrous or iron-containing ones. The oxygen in water latches itself with iron on the exposed surface of the metal, forming iron oxide or rust. If not dealt with properly, the rust may spread from the surface down to the metal’s core, until the metal is reduced to pure rusty dust.

Fortunately, bronze doesn’t contain iron, which means it won’t corrode the same way ferrous metals do when exposed to water or moisture. But it doesn’t mean bronze has no weakness. It’s also vulnerable to corrosion caused by exposure to moisture but it reacts differently. Instead of gradually giving up molecules to water molecules, it tarnishes to protect its surface from further corrosion. It doesn’t disintegrate but actually adds layer of material on its surface. The interior of bronze remains intact.

Tarnish can be good or bad depending on where you intend to use bronze. If its application necessitates the preservation of its luster, then tarnishing certainly is a huge problem. But if you appreciate the rustic beauty of tarnished bronze, tarnishing should be encouraged. In fact, some artisans intentionally tarnish bronze using harsh chemicals to achieve a particular shade and color they desire.

How to Prevent Bronze from Tarnishing

The only way to prevent bronze from tarnishing is to place it in a vacuum where no other elements can cause chemical reaction on its surface. Simply put, there’s no way you can utilize bronze while preserving its appearance at the same time. Reducing the amount of copper in the mixture may slow down tarnishing, since it’s the copper content that is responsible for allowing this kind of chemical reaction, but it doesn’t guarantee 100 percent bronze tarnish prevention.

Then again, tarnish isn’t permanent. It can be removed from the surface of bronze when scrubbed with metal polish. You can do this regularly on your bronze furniture to keep them shiny. Expect the effect to wane in just a few days but that wouldn’t ruin your furniture’s appearance at all, as bronze tarnish also offers a different kind of exquisiteness.

Tarnishing can be controlled in the metalworking stage of bronze. Proper manufacturing techniques can actually make bronze less susceptible to this kind of corrosion. Therefore, if you are looking for bronze that doesn’t tarnish fast, go to a reliable supplier like Rotax Metals. They sure offer high-quality bronze materials and other types of copper alloy.